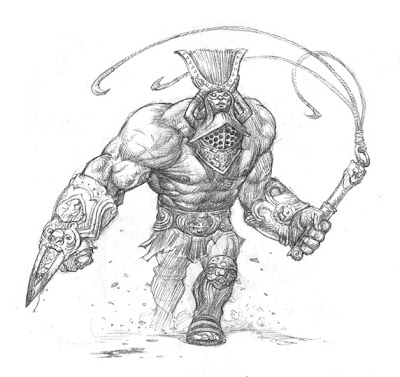 Nobody and no THING could defeat Laximo Tremendicus in any arena in any sort of gladiator scenario.  The day he was pitted against a hurricane and came out victorious was eclipsed only weeks later when he drubbed into submission the entire continent of Africa - with a net and a blunt log.  Only when the Romans came up with the brilliant scheme of having Tremendicus fight himself did he finally succumb to defeat.  They say his corpse killed or mangled 753 men as they tried to bury his remains beyond the boundaries of the empire.
Posted by Steve Prescott at 12:51 AM