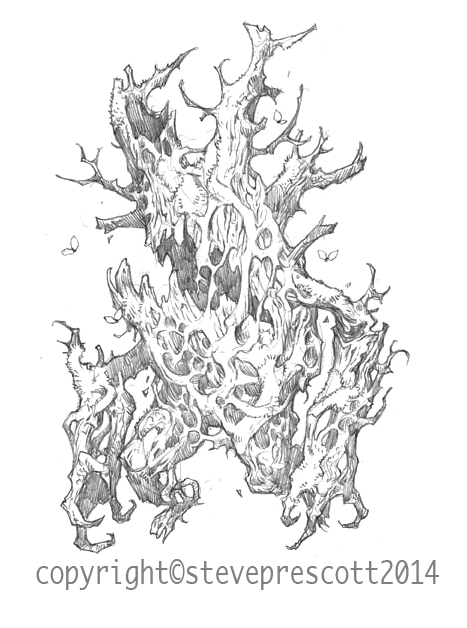 I've been away for what seems like most of the last two months. Well, it "seems" that way because it has been. I was back out at Wizards of the Coast for three weeks in May doing conceptual design work for an upcoming Magic:The Gathering set. Then I came home for a few days and went back out the door on vacation.

But now I am back and pushing full force on these little stocky creatures and characters for the upcoming game: SOULSPARK.

As of right now I am working predominantly on the colors because I am mostly done with the drawing part. I still go back and retool details here and there as I see fit but I can consider the drawing part finished. 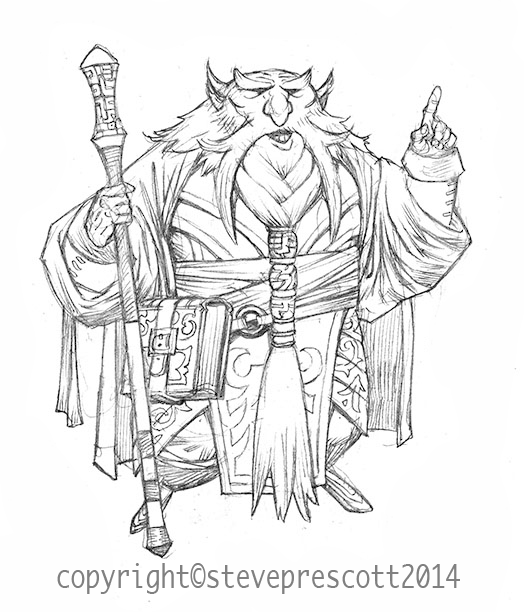 The drawing part did prove to be quite a challenge though. Not in amount of drawing that had to be done - but fitting the subject matter into the right style.  Each piece had to hit just the right note on many levels.

One factor I had to contend with was fitting them into a roughly playing card shaped dimension (a stocky vertical rectangle). Thus the restraint on their silhouettes not straying too far from the core. That meant that wild flourishing "action" poses or weapons that projected way outside the central area had to be held in check for the most part.

Obviously, the exaggerrated proportions was really the key factor in the look of these. For the humanoid characters especially, I had to get just the right amount of stockiness on different parts of their bodies for them to not look like fat dwarves. The first 12 or so drawings I did actually weren't QUITE on the mark with this and I only saw it after I hit my groove later on down the line. I subsequently went back and retooled many of those first drawings to bring them up to date so to speak. Even more difficult was fitting animals into this style! 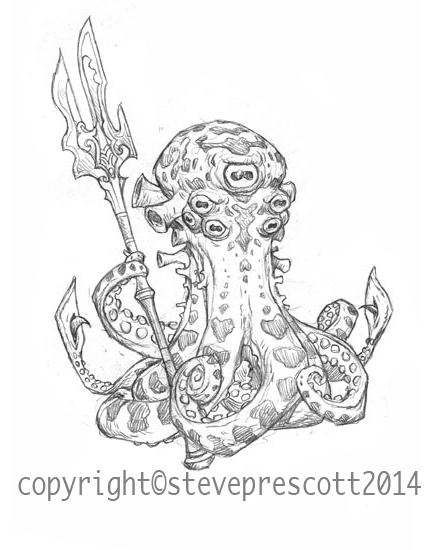 There is also a tone for the artwork that had to be reached. It's something hard to describe in words - it's more of an "I'll know if it's right when I see it" kind of thing but essentially I wanted these to be cool and kick ass, but with some humor and whimsy, too - a smaller target area than you might think. Many times I erased and redrew monsters that were too dark and not that note of playful-cool that I wanted. Likewise I redrew many pieces that veered too far into "silly" territory.

As I went along in the drawing phase and came upon all these tricky hurdles, I had to smile to myself that these were all my own parameters for the look and feel.  All the extra hours of redrawing and erasing and redrawing and struggling through were of my own making! Which of course is why I loved doing it, why I love the results, and why I think that my enthusiasm will show in the final product and help make the game successful.

Another reminder that I will have a table in the GenCon Artshow this August. SoulSpark's release date has been pushed a couple months into October but I am hoping to have some promotional material available in Indianapolis for the show. I'll of course have an array of other items of interest: original artwork, prints, artist proofs, art books, etc. Hope to see you there!